How to Switch Jewellery Insurance Companies

You've got valuable jewellery, either in dollar value or sentimental value. You adore and cherish it...

END_OF_DOCUMENT_TOKEN_TO_BE_REPLACED

How to Switch Jewellery Insurance Companies

You've got valuable jewellery, either in dollar value or sentimental value....

Switching From Home and Contents to Jewellery Insurance

When insuring your jewellery, home and contents or homeowners insurance m...

Should You Insure Your Diamond Tennis Bracelet?

Watch Insurance vs Warranty: Are You Covered?

There’s a reason you bought your Rolex.

Watch Insurance vs Warranty: Are You Covered?

Your marriage proposal is a once-in-a-lifetime experience! It should be the...

When you're picking out an engagement ring for your fiance, you want it to ...

How To Become a Jewellery Designer in Australia

Are you a creative person that loves the craft of jewellery design? If so, ...

When you're picking out an engagement ring for your fiance, you want it to ...

If you’re looking to buy diamonds, you have a big decision to make, and it ...

Pink Diamonds 101: What You Need to Know

Most people that are into jewellery and do some research before buying diam...

What’s the “Best” Diamond Size for Your Partner?

How Are Diamonds Cut?

When miners extract diamonds from the earth, the rough stones look nothing ...

Proposing at Home: Do’s and Don’ts

Journey of a Diamond: Mines to Markets

Nestled deep in the Earth, diamonds rest for millions of years before makin...

Should I Use a Proposal Planner?

It sounds so simple. You simply drop to your knee, proclaim your love, and ...

Visit your favourite jeweller, and you can feast your eyes on stunning sparklers of all shapes and sizes. If you saw the very same stones before they were cut, however, you might be perplexed. How do such ordinary stones turn into extraordinary masterpieces?

The history of diamond cutting takes all kinds of twists and turns. As technology advanced through the ages, gems became ever more intricate and light-filled. This article will explore the timeline of diamond cutting, from early cuts in the middle ages to today’s precise and flawless gems.

Diamonds were first mined in India. The Sanskrit word most often used for the stone is translated as “vajra” (thunderbolt) and “indrayudha” (Indra’s weapon). Early descriptions of diamonds date to the 4th century BCE. Diamonds may have been mined and treasured before then, but our earliest known reference to the stone is in a Sanskrit manuscript dated 320-296 BCE.

Were these early diamonds cut and polished? The ones found by archaeologists were kept as loose stones. Considered sacred and magical, they were not worn as jewellery. These first diamonds were discovered in and around Indian rivers. People feared that the diamonds would lose their magical powers if they were cut, but they did polish them. And the largest ones found were claimed by local rulers.

Diamonds appeared to be making splashes around the same time in the Mediterranean. The word “diamond” comes from the Greek word “adamas,” which means “unbreakable.” Plato’s student, Theophrastus, ca. 372--322 BCE, compared diamonds to emergy, the hardest mineral after diamonds. And Pliny the Elder wrote about the stone in his encyclopedia, “Historia Naturalis” in 77-79 CE. He defined it as “the substance that possesses the greatest value, not only among precious stones, but of all human possessions...These particles are held in great request by engravers, who enclose them in iron, and are enabled thereby, with the greatest facility, to cut the very hardest substances known.”

It wasn’t until the 11th century that aristocrats wore diamonds as accessories, but the stones weren’t yet cut and polished.

By the 13th and 14th centuries, diamonds began appearing in European jewellery. Venice was the site of the first attempts to polish diamonds’ natural faces (sometime after 1330). By the end of the 14th century, a diamond trade route connected Bruges and Paris, and the bling spread throughout Europe.

Then, in 1499, Vasco de Gama discovered the sea route around the Cape of Good Hope, and Europeans could reach India directly without having to hazard the overland route. Goa soon established itself as an important trading centre. Portuguese historian Bocarro reported that in 1635 BCE, a single diamond consignment exported from Goa weighed 100,000 carats. Today, such a shipment would cost $10 billion.

The massive circulation of diamonds circulating throughout India and Europe led to the development of cutting and faceting. Around the year 1400, jewellers began using table cuts. These were the first notable diamond cuts; they were the predecessors of the emerald diamond cut, which wouldn’t receive that name until the 1940s.

In 1477, Archduke Maximilian of Austria proposed marriage to Mary of Burgundy with a diamond engagement ring. The remarkable sparkler was set with a point cut diamond and flat shards of diamonds in the shape of the letter “M”. The proposal may be the spark that launched the long-standing tradition of presenting diamond engagement rings with marriage proposals.

What is a point cut? We mentioned earlier that the ancients believed diamonds needed to be natural and untouched if they were to maintain their magical properties. The point cut was a way to bring imperfect and flawed stones into a pleasing symmetry: a perfect octahedral crystal.

Point cuts maintained the old standards of beauty and convention, but they took diamond cutting in a different direction. Flawed stones could still be useful (and beautiful) with a bit of expertise and adjustment. At this point, diamond cutting was still relatively primitive because tools had not yet been developed that could precisely cut a stone as hard as a diamond.

At the end of the 15th century, Lodewyk van Berken invented the scaif, a polishing wheel that used diamond dust to grind facets onto diamonds. Using olive oil as a lubricant, the machine could cut with much more precision than previous tools. It also allowed diamond cutters to concentrate on the way facets reflected light. During this time, the briolette cut gained popularity, and cutters started to use more creativity.

For instance, they developed the rose cut, which featured a flat bottom and triangular facets cleft into the crown. Jewellers also experimented with rosettes (collections of small diamonds grouped together to form a more substantial piece.

This technique allowed for more intricate cuts like the Mazarin Cut, developed by the French Cardinal Mazarin. The first proper brilliant cut, the Mazarin had 17 crown facets and sparkled like nothing else.

In the early 1700s, Brazil delved into the diamond industry, and the country has remained a global diamond force for three centuries. The Dutch explorer Jacob Roggeven anchored off the coast near Sao Paulo in November 1721, and several of his crewmembers deserted for the diamond mines onshore.

Eventually, reports of the Brazilian diamond mines reached Europe. Between 1732 and 1771, an average of 42,000 carats per year travelled from Brazil to Europe. The glut caused European diamond prices to fall for quite some time, impacting the Indian mining industry as well.

Remember Peruzzi and his incredible 33 facets? By the early 18th century, Peruzzi had done it again, increasing the number of facets to an incredible 58! This cut, called the Old Mine cut, may have imperfect symmetry by today’s standards, but what it lacks in precision, it makes up in charm.

In the mid-18th century, King Louis XV of France asked his court jeweller to create a diamond whose shape reflected his mistress’s mouth. Also known as the navette cut, we generally refer to the resulting cut as a marquise, named for King Louis’ mistress Marquise de Pompadour.

Through this period, diamonds continued to be rare and worn only by the aristocracy. Then, the Victorian age, with its bruting machines and steam engines, arrived to change everything.

Tools changed the world during the Victorian Era, and motorised saws and bruting machines revolutionised diamond cutting. These innovations gave rise to English round cuts, which have 58 facets like today’s round brilliant cuts.

At the same time, a new diamond rush was on, this time in South Africa. And in America, Henry Morse invented the transition cut in the 1870s. In the past, cuts had focused on wasting as little rough diamond as possible, but Morse strove for beauty over size. He was willing to sacrifice a large amount of the rough diamond to reveal the stone’s most flattering form.

Designed by the Royal Asscher Diamond Company in 1902, the Asscher hit its stride during the Art Deco era in the 1920s. This diamond represents one of the first patented diamond cuts in the world.

In the early 20th century, diamond engagement rings became more popular for ordinary people, and the Old European cut was the diamond of choice. With its round girdle, high crown, small table and open culet, this cut has a regal appearance, perfect for a marriage proposal.

By the 1930s, emerald cut diamonds were making a splash. Standardised during the 1940s, emerald cuts had a dramatic hall-of-mirrors effect, and they seemed a perfect complement for Art Deco architecture, jewellery and fashion. The step cuts allowed cutters to maximise the carat weight of the final gem and typically had larger crowns and smaller tables.

In 1947, the De Beers diamond company came up with its infamous tagline, “A Diamond is Forever,” and diamond rings were cemented as the engagement ring of choice. Simultaneously, the modern brilliant cut overshadowed every other shape, and it continues to dominate today.

But don’t think that diamond shoppers have just a few options today. Other modern cuts are popular for engagement rings and other jewellery pieces. For instance, the contemporary oval cut (created in the early 1960s) has proven to be especially popular in the last few years. And the Radiant cut (created in 1977 by Henry Grossbard) seems to generate its own light with its 66 facets.

Understanding the history of diamond cutting can help you to make critical decisions when you purchase a sparkler. Whether you love the vintage cuts for their softness and history or the modern cuts for their precision and glamour, you’re sure to find a diamond that speaks to you.
And when you find it, protect it with Q Report Jewellery Insurance. Life happens, but that doesn’t mean you have to hide your sparkler away or wear it with fear and trepidation. Wear it joyfully, knowing it’s protected from theft, damage and loss. We’re here to answer your questions or provide an instant quote. Talk soon!

How To Become a Jewellery Designer in Australia 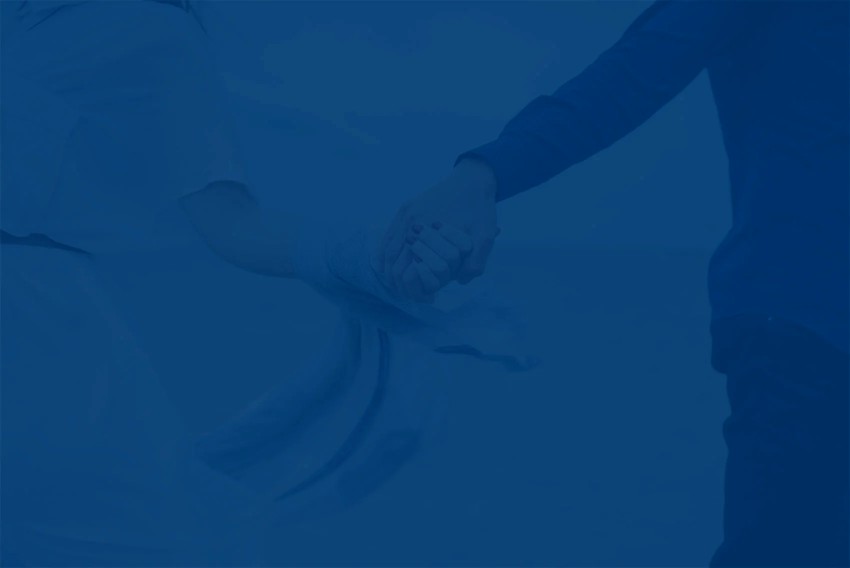 How to Switch Jewellery Insurance Compan...

You've got valuable jewellery, either in dollar value or sentimental value....

Switching From Home and Contents to Jewe...

When insuring your jewellery, home and contents or homeowners insurance m...

What Does Blockchain Mean for the Diamon...

Blockchain has become a promising technology for the diamond industry as it...