They say diamonds are forever, but the truth is, life doesn’t always go to plan. From shattered st...

END_OF_DOCUMENT_TOKEN_TO_BE_REPLACED

When you shop around for specialised jeweller insurance, you might come acr...

What is a ‘No Impact Claim’ in Jewellery Insurance?

How would you feel if you lost your favourite piece of jewellery?

Wearing a luxury watch demonstrates respect for the past and a nod to the t...

The ultimate luxury watch collection is built on iconic timepieces. While it’s incredibly challenging to narrow must-have watches down to a handful, that’s precisely what we’ve done. The following watches provide pillars on which to build the rest of your collection. 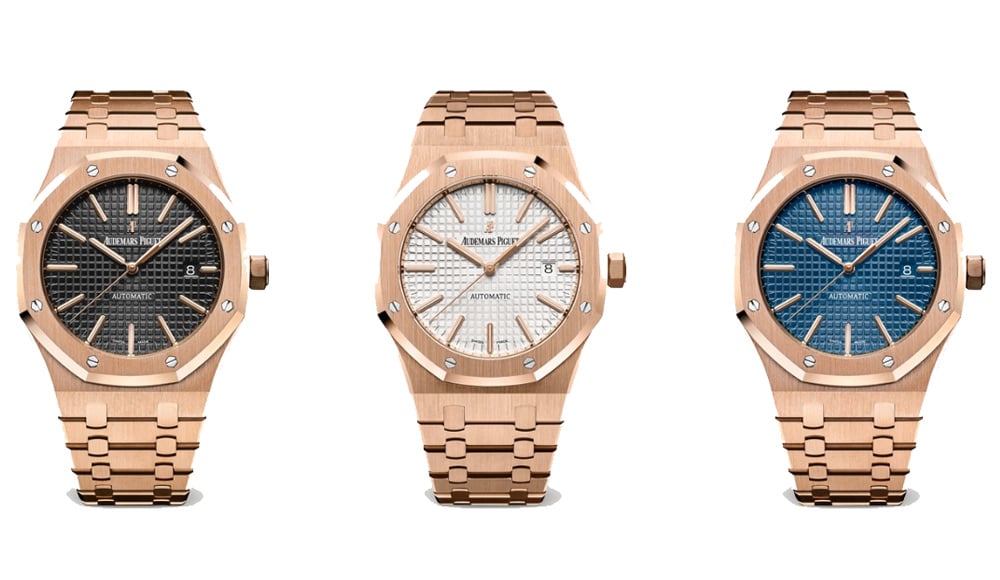 Gérald Genta designed the Royal Oak to be the first steel luxury wristwatch. Nicknamed “Jumbo” because of its large-for-its-day size, the Royal Oak fits right in with most men’s luxury watches today.

Its hexagonal bezel makes it stand out from the crowd. Eight highly-polished functional screws hold the bezel in place, and a slightly raised flat sapphire crystal protects the signature dial. The back of the watch is as impressive as the front, giving you a glimpse of the gorgeously finished, self-winding movement.

Will the Royal Oak continue to evolve in future years? Michael Friedman, Head of Complications at Audemars Piguet, said, “As long as the form remains a canvas for beautiful and complex finishings that demonstrate human ingenuity and great craft, we feel we are on the right path. The link of the Royal Oaks of the past, present and those yet to be created are the watchmakers, artisans and technicians themselves. They simultaneously guard the traditional techniques of the past, problem-solve for the present and conceptualise for the future.” 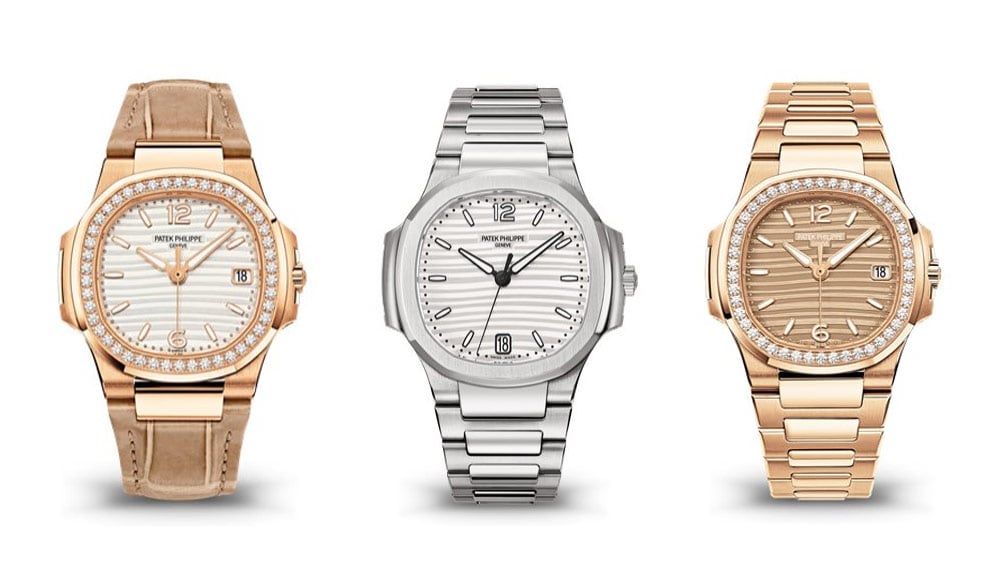 Every luxury watch collection needs a timepiece that can be passed down through the generations. The Patek Philippe Nautilus meets that requirement. Its design has barely changed since it debuted in 1976.

Designed by the late Gerald Genta, the Nautilus reinvented the luxury watch market by bridging the gap between sports and dress watches. Over the years, Patek Philippe has released various Nautilus models, including a chronograph and an annual calendar.

The Nautilus bezel is neither round nor rectangular; it resembles a porthole with a soft octagonal dial. Early models had a diameter of 42mm, considered “jumbo.” In the 1990s, Patek Philippe pared down the size, but today it’s back up to the original, eye-catching diameter. Widely regarded as one of the most popular luxury watches of all time, the Nautilus remains of Patek Philippe’s most sought-after timepieces.

The ultimate luxury watch collection needs an undeniably sophisticated piece, one that exudes elegance and understated charm. That watch would be the Vacheron Constantin Historiques Ultra Fine, with a platinum case and blue alligator strap, preferably.

When it was introduced in 2010, the Historiques Ultra Fine 1955 was the thinnest mechanical watch in the world at just 4.1mm thick. The thinner the case, the less forgiving the movement. With precious little room for error, any one of the dozens of springs or gears may jar or scrape, causing catastrophic consequences.

But Vacheron Constantin has years of practice making thin timepieces. In fact, the 2010 model has its roots in the 1955 version. These watches are so thin and light you’ll forget it’s on your wrist, but everyone else will watch it in wonder. 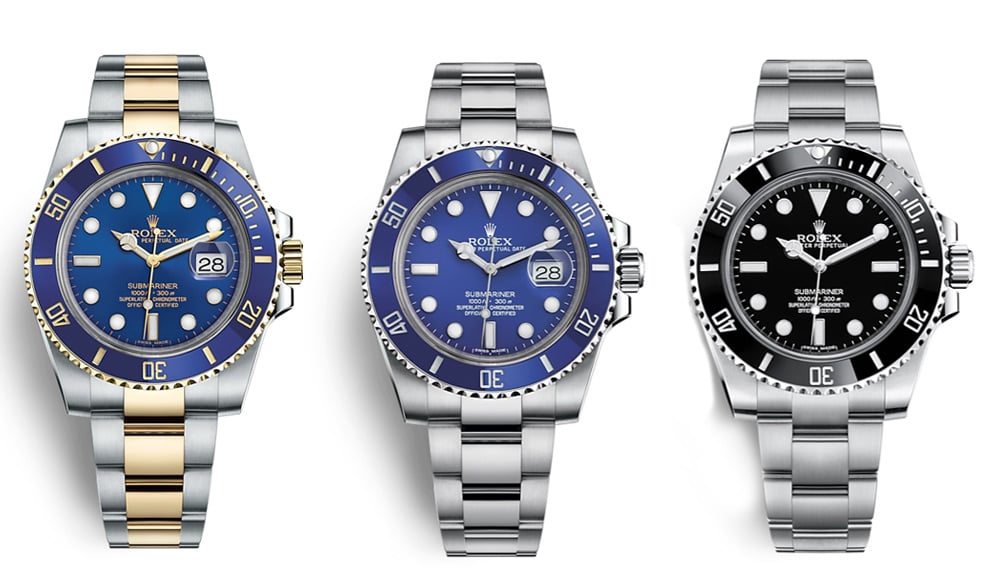 Of all the iconic Rolex watches, why did we choose the Submariner as the must-have? In the early 1950s, a man named Rene-Paul Jeanneret directed the Rolex company. He loved underwater diving and enlisted the help of legendary oceanic explorer Jacques Cousteau to test his latest “tool watch.”

They developed an incredibly robust and water-resistant diving watch with a rock-solid movement and extremely durable case. It broke new ground with its 904L stainless steel, the same grade used by aerospace engineers. In the years since it first debuted, it’s been refitted with a 31-jewel calibre 3135 movement.

Somehow, the Submariner looks good with jeans and a tee-shirt but also with a tuxedo. Maybe that’s why it attracts impossibly cool fans, like Steve McQueen, Robert Redford and Burt Lancaster. James Bond even wore a Rolex Submariner in Goldfinger. Does it get better than that? 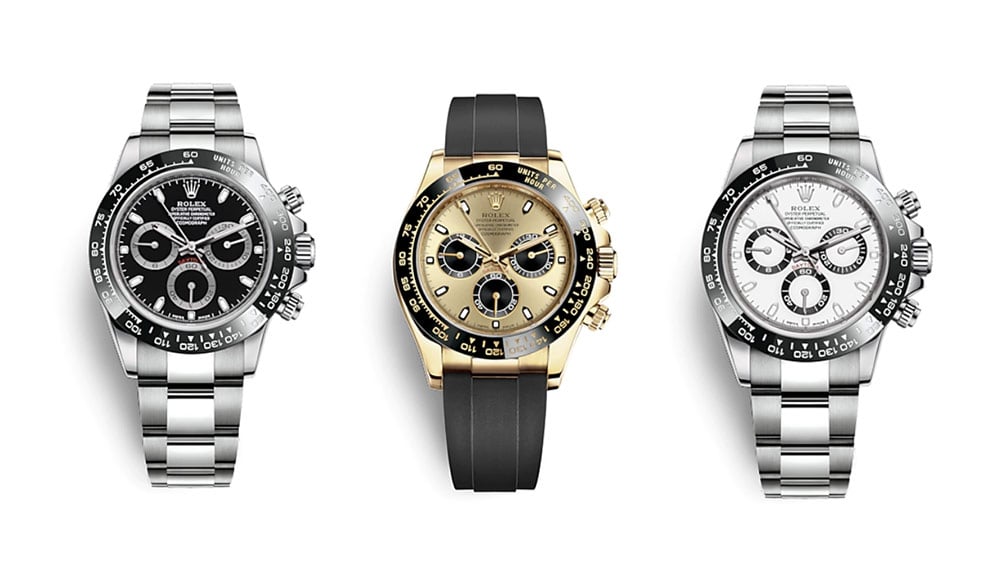 Early race car drivers needed a reliable way to time their laps and work toward speed records. They turned to Swiss watches, and companies like Rolex became icons of the speedways.

In 1959, the Daytona Speedway held its first race that took place entirely on asphalt. Before then, a beach made up part of the track. To commemorate this event, Rolex released the model that would become one of its most iconic creations: the Reference 6239.

Widely recognized as the first Rolex Daytona ever, the Reference 6239 included the trademark engraved tachymeter bezel, a groundbreaking change from previous chronographs. It also included contrasting subregisters, which improved legibility. The priciest watch ever sold, a Rolex Paul Newman ($17 million), was a Reference 6239. The legendary Daytona print didn’t appear on this watch until 1964. 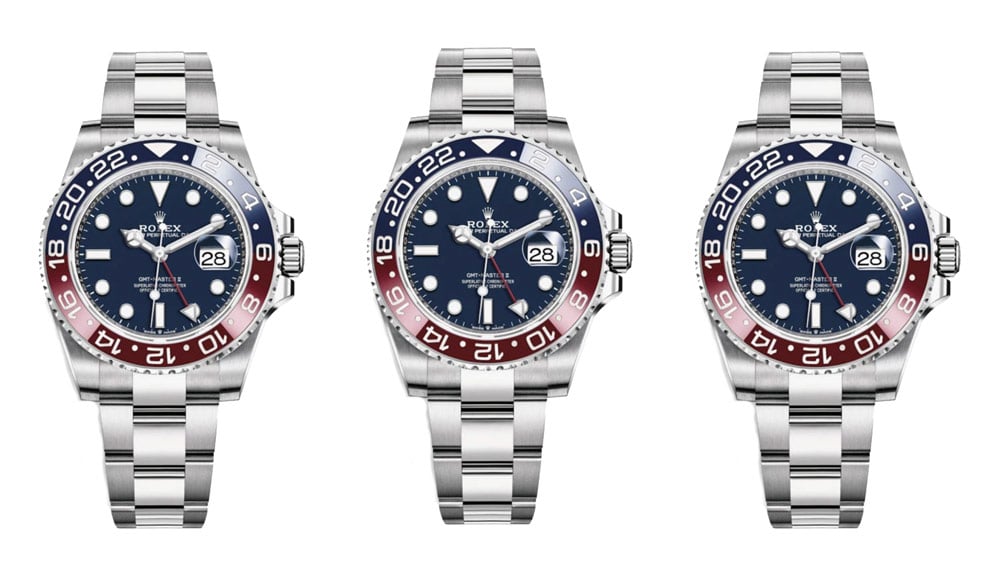 Not your run-of-the-mill Rolex, the GMT Master Ref. 1675 also has an unconventional nickname, the Pepsi. Why? Its blue-and-red bezel matches the colour branding of a can of Pepsi. Older GMT Master models (those launched before 1959 when Rolex debuted the Pepsi) had red-and-black bezels; these are referred to as “Cokes.”

What makes the Pepsi a must-have for the ultimate luxury watch collection? Its unique, sporty look grabs attention, but its appeal extends much farther. It’s solidly built and practical, including features like the cyclops magnifier lens over the date. The GMT Time Zone complication appeals to frequent travellers, and that only makes sense. It was designed in collaboration with Pan Am for pilots and crew members who worked long-haul flights. 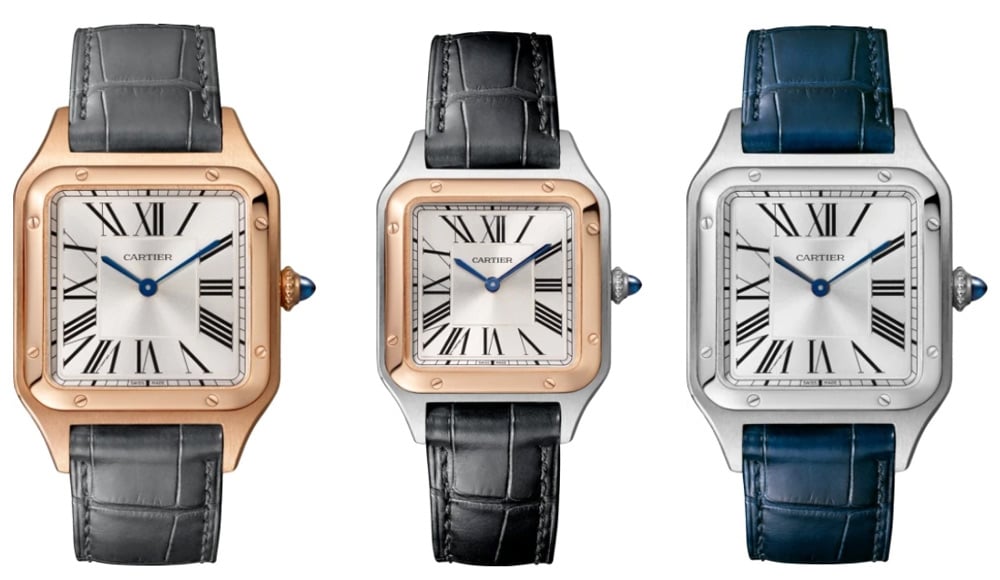 History lovers can’t help themselves. The Cartier Santos is generally accepted as the first watch designed to be worn on the wrist. In the late nineteenth century and up through World War I, people strapped pocket watches on their wrists for ease of use. But the Santos wasn’t makeshift. From design to conception, it was made to be a wristwatch.

Way back in 1904, Louis Cartier made a custom watch for his friend Alberto Santos-Dumont, a Brasilian aviator, who complained about having to take his hands off the plane’s controls to check the time. It worked. And a few years later, in 1911, Cartier started selling the appropriately-named Santos wristwatch at his Paris boutique.

Distinguished men have worn Santos watches on their wrists for more than a century now, and Cartier has produced the timepiece in many different precious metals and variations. You can buy a brand new, up-to-date edition, but if you’re a real history lover, you may want to collect a vintage piece. 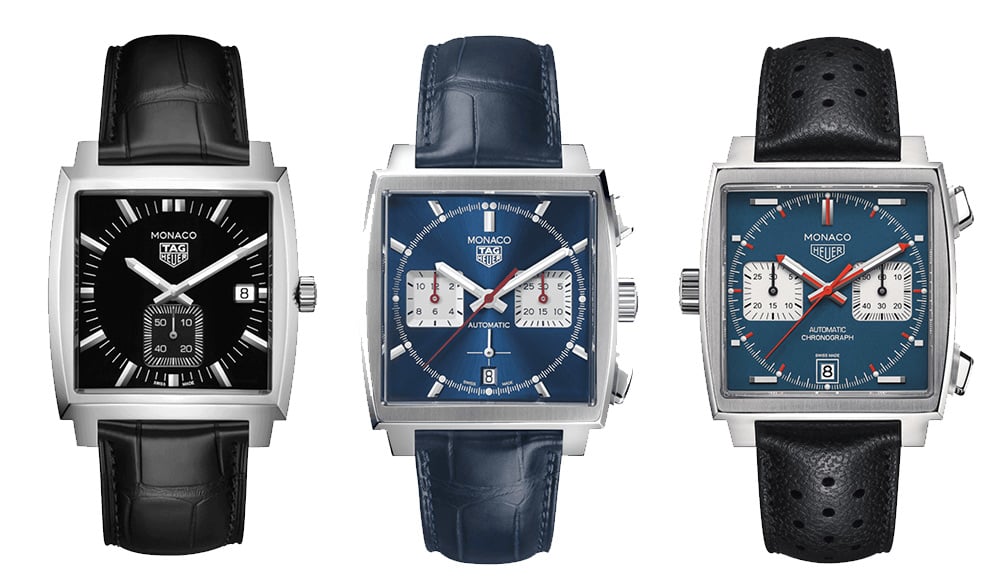 Introduced as the world’s first automatic chronograph in 1969, the Tag Heuer Monaco may be one of the world’s most recognisable watches. It’s square, rather than round, creating angles where we expect curves. Its rebellious sensibility has inspired several generations since Jack Heuer first designed it for the Formula One race on 3 March 1969.

On the design’s development, Jack Heuer wrote, “[The Piquerez watch case supplier] drew our attention in particular to a new patented square case Piquerez had developed, emphasising the fact that it was fully water-resistant. We immediately knew this was something special because, until then, square cases were used only for dress watches because it was impossible to make a square case fully water-resistant. We immediately took a liking to the special square shape and were able to negotiate a deal with Piquerez that secured us exclusive use of the case design for chronographs.”

(Infographic) Most Common Types of Ring ...