Are diamonds really a girl’s best friend? Some phrases become so commonly used that they shape our p...

END_OF_DOCUMENT_TOKEN_TO_BE_REPLACED

How Does Engagement Ring Insurance Work? The Complete Journey

You’ve found the perfect ring! It suits your personality and lifestyle, and...

Jewellery is made to be worn, and we wouldn’t have it any other way. But as...

You won’t find any goblins, ghouls, gremlins or ghosts in this horror story...

What Does Home and Contents Insurance Really Cover?

It’s easy to underestimate the cost of replacing your home and possessions....

Nobody likes to think about burglaries, but these statistics prove that no ...

You finally have the Rolex of your dreams. It’s chic, sophisticated and bea...

In many ways, luxury watches have rested firmly in the men’s domain (jewell...

We’ve heard some miraculous stories over the years about lost engagement ri...

It’s easy to find beautiful engagement rings. The challenge is to find ring...

You’re well-acquainted with the prices of products you buy regularly. You k...

How Much Should You Spend on Wedding Bands?

Have you thought about wedding bands yet? While the highest wedding jewelle...

Diamond cutting vastly improves the brilliance and sparkle of rough diamonds. Diamonds often come out of the ground looking like any other rock – we can step in to release their inner beauty and lustre.

But sometimes, a rough diamond can also be a thing of beauty. When they form, diamonds crystallise as octohedrons, cubes or dodecahedrons, can even exhibit two or more of these shapes, and little triangles called trigons may be visible on the surface.

Many of the images below are higher resolution than they are displayed, click on them to see the larger version. 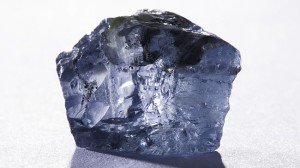 29.6-carat blue diamond discovered in the Cullinan mine, South Africa. The “exceptional” vivid blue stone could “yield a polished stone of great value and importance”, the company said in a statement. 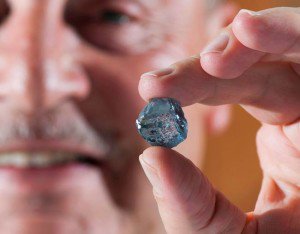 Another shot of the 29.6-carat blue diamond discovered in the Cullinan mine, South Africa. 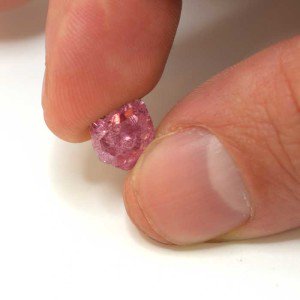 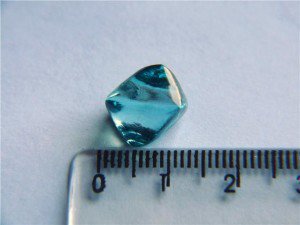 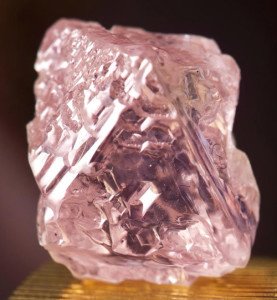 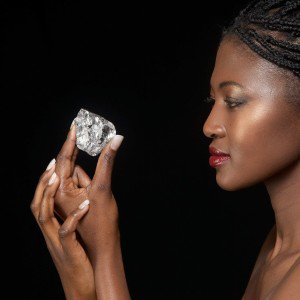 This 498 carat diamond was discovered in Lesotho, Africa. 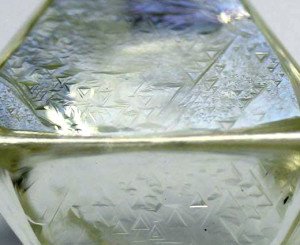 Trigons on the surface of a diamond 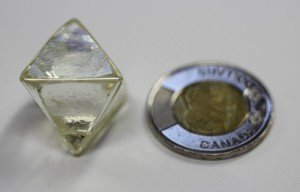 A high resolution photo of a 91.65 carat gem quality octahedron rough diamond sold by Diamcor, a Canadian diamond mining company. It went for $817,920.00 (US), or $8,917.58 (US) per carat. Click on this photo and have a look in full screen – you’ll see lots of little triangle shapes (called trigons) on the surface of the diamond. 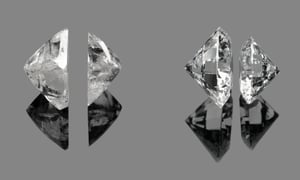 Before and after: a demonstration of how rough diamonds can be divided before being cut. 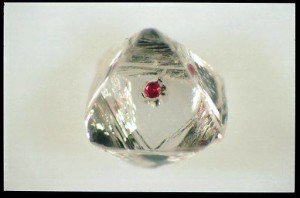 This is a diamond with a garnet inclusion from Siberia. Unfortunately it’s only 2mm in diameter. This kind of stone is of special interest to scientists, as they give chemical clues to their age, how they were created, and how the earth’s crust behaves over massive timescales. 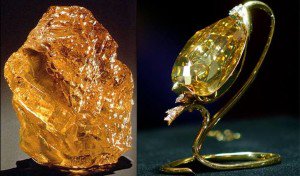 The “Incomparable” in its rough 890ct form on the left, and the finished 407.48ct stone in its gold ornament stand, right. The rough also yielded 14 satellite stones of various colours from yellow with a slight brown overtone to pale yellow, and the rest were virtually colourless. The Incomparable sold as part of a necklace for $55 million, gaining an entry in the Guinness Book of Records for the world’s most expensive necklace. 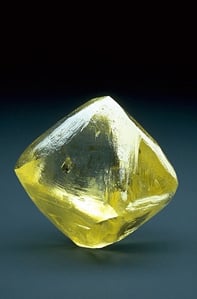 The 253.7-carat Oppenheimer Diamond is in the shape of an octahedron (an eight-sided double pyramid), which is the common shape for diamond crystals. This diamond is 3.8 cm (1.5 in) in height and was discovered at the Dutoitspan Mine near Kimberley, South Africa in 1964. The Oppenheimer Diamond is unusual because diamonds of its size are rarely left uncut. Photo by Chip Clark, Smithsonian Institution. 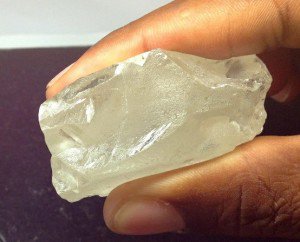 Lucara Diamond Corporation recovered this 239.2 carat diamond from its Karowe mine in Botswana. Two more exceptional stones were recently found at the mine, including a stone weighing 124 carats and another weighing 71.1 carats. 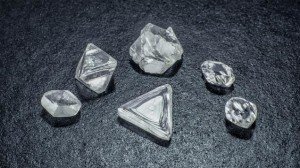 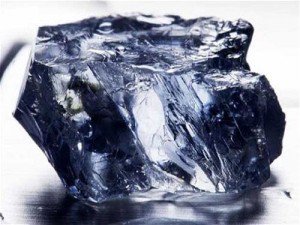 Petra Diamonds recovered this 25.5 carat blue diamond at its famous Cullinan mine. 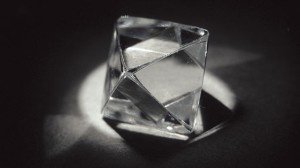 The most common shape for rough gem quality diamond is the octahedron, which looks like two pyramids back to back. Crystals that are almost perfect in shape and transparency are called glassies. 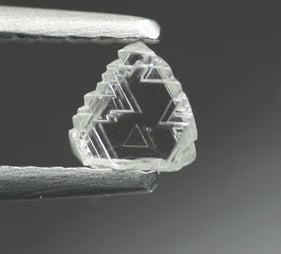 To see how little it can cost you to protect your treasures with specialised jewellery insurance, get an instant online quote below.